A petition signed by close to 600,000 voters was submitted by the American Bail Coalition as part of an effort to overturn Senate Bill 10 (SB10) in California. The bail legislation which passed in 2018 deals with changes in bail practices and procedures which some consider dangerous. A coalition of public safety leaders, criminal justice reformers, concerned citizens and bail industry leaders, and crime victims’ advocates was formed to qualify the measure for the November 2020 ballot and put the fate of SB10 in the hands of California voters. The coalition had 90 days to collect 365,880 valid signatures from registered California voters but was able to gather nearly 600,000 in just 70 days. 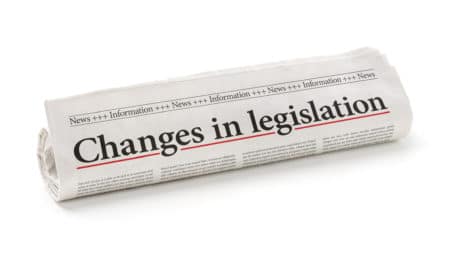 Many feel that this new bail legislation is unjust because it is replacing the current bail system with one which would make California less safe, while increasing the number of citizens unfairly incarcerated. American Bail Coalition Executive Director Jeff Clayton stated, “This is a reckless attempt to reform the states” bail system. Not only does SB 10 threaten the safety of all California citizens and potentially trammels the rights of those accused of crimes, but it ultimately brought together the vast majority of organizations on the bail reform spectrum to voice opposition to the final bill language which was passed. SB 10 is the perfect example of last minute deal making by the Governor, the legislature and labor unions absent input from all stakeholders.”

The California SB10 bail legislation mandates that every county in the state have a system in place to book, make a criminal risk assessment of, and determine whether to detain or release every person facing a misdemeanor charge within 12 hours. Many believe this could result in racially biased, unfair incarceration, endanger the safety of the public, and demand that local law enforcement devote substantial resources to tracking down defendants who don’t show up for their court dates.

If successful, the measure will appear before California voters in November 2020, giving them the power to decide whether the new law goes into effect or dies a quick death.