Finding yourself in need of a bail bond agent can be a stressful and trying experience.
You need a professional, affordable, bail bond agent who will expertly guide you through the process. We are a bail bond directory that is here to connect you with local licensed agents when you need them.

Once arrested, you will likely appear before a judge.  The judge will determine whether or not to release you until your trial is set. If the judge decides to grant you release, they will "set bail" to ensure you show up for your trial. If you do not have the funds readily available to make bail, a bail bond agent can assist you. It is critical to find a bail bond service that you can trust.

There is a general timeline for the process of obtaining bail, depending on the severity of your case. With our assistance, you can be connected to a reputable bail bonds service near you at any time to get the ball rolling. The purpose of a bail timeline is to be able to uniformly apply a fixed amount one must pay before they can be released from custody prior to their appearance in court.  Be aware, not all states adopt a uniform bail timeline.

Bail is a defined fee that allows you to be released from jail before your trial date with the understanding that you will attend your court proceedings. A bail bond covers the bail amount so that you don't have to pay the total cost. These bonds are either provided by a professional bail agent or yourself.

A bail bond has an associated fee related to the total cost of bail and is commonly calculated at 10 to 20 percent of the total bail amount. A bondsman pays the bail in total and the collateral provided covers the bail amount. Collateral items can be personal possessions such as houses, stocks, deeds, automobiles, and other possessions. Once the individual out on bail arrives for trial, collateral is then returned.

Why Hire A Bail Bond Agent?

Bail Agents help navigate the complex world of the criminal justice system. Bail bond agents listed on our directory will (1) be licensed (2) treat you with respect and dignity (3) explain the bond process to you and answer your questions (4) assist you with obtaining bail in any way possible (5) keep you informed of what is going on and what to expect (6) charge the appropriate fees allowed by law (7) ensure that transactions will occur in a safe and professional environment (8) maintain confidentiality and discretion regarding your case.

Bail Agent Network is designed to connect you with a local bail bondsman at any time of day. There's no such thing as "work hours" when it comes to our website. To find the right bondsman, use our website portal at any hour of the night to contact your choice of agent fast. This allows you to type in your area to generate a list of bail bond agents near you. When contacting a bail agent, please provide as much information as possible to make your partnership process quicker - (1) full name of arrestee (2) birth date (3) location of detention (4) list of pending charges (5) arrestee's booking number (6) amount of bail set for the arrestee.

Bail Agent Network is a bail bonds directory that is here 24/7 to assist you with your bail bond needs. You can trust us to connect you with the professional help you need. Acknowledging how stressful bail situations can be, we help whenever you may need it. Bond agencies are typically open 24 hours a day in order to be available to help at any hour, so access our listings at any time to get a bondsman on your side. 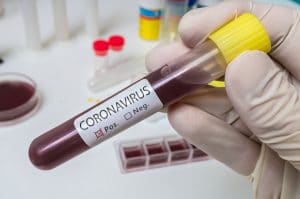 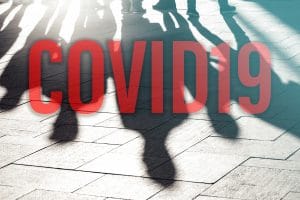 By David Liperote | April 10, 2020
Scroll to Top
Change Location
To find awesome listings near you!